'Introduction to the Raft algorithm' 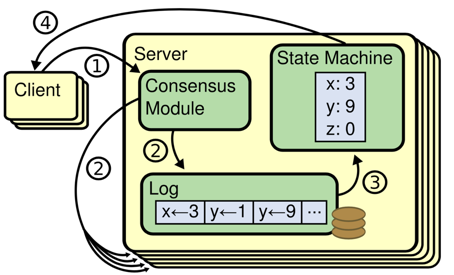 1. Replicated state machines are implemented based on logs.

2. Consensus algorithms for practical systems typically have the following properties:

Persistent state on all servers (updated on stable storage before responding to RPCs):

Volatile state on all servers:

Called by the leader to replicate log entries or used as heartbeats.

Summary of the Raft consensus algorithm

Raft divides time into terms of arbitrary length. Each term begins with an election. If a candidate wins the election, it becomes the leader and manages the cluster within the term. In the case of a split vote, the term will end with no leader. Different servers may observe the transitions between terms at different time. 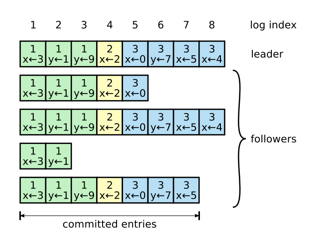 Once a leader has been elected, it begins receiving client requests. Each client request contains a command to be executed by the replicated state machines. The leader appends the command to its log as a new entry, and then issues AppendEntries RPCs in parallel to each of the other servers to replicate the entry. When the entry has been safely replicated, the leader applies the entry to its state machine and returns the result of that execution to the client. If followers crash or run slowly, or if network packets are lost, the leader retries AppendEntries RPCs indefinitely (even if it has responded to the client) until all followers eventually store all log entries. 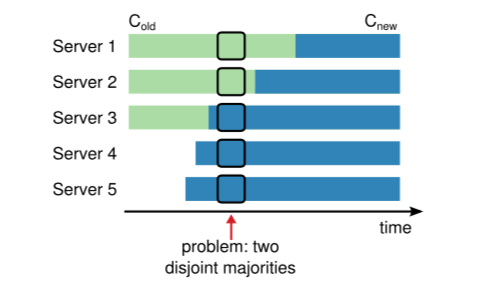 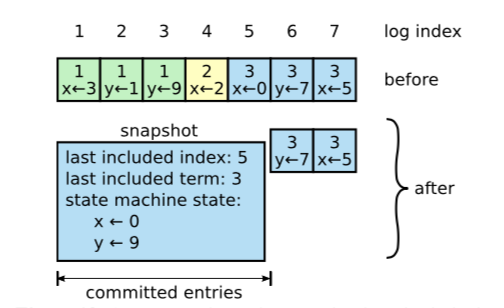